For the last few years, Laurence has been working with philanthropic organizations on innovations in K-12 education, including at Emerson Collective where he is currently Entrepreneur-in-Residence. Before that he was Chief Product Officer at Amplify where he oversaw the engineering, design and production of the company's curriculum and assessment solutions. Over four million students use those products today.

Prior to that, Laurence founded and ran a business and technology consulting firm in London and New York with clients including Apple Computer, the BBC, and Goldman Sachs. The firm won the Economist Knowledge Culture Award against stiff competition. Laurence has degrees in computing science and neuroscience-and-education. Laurence wrote three award-winning how-to books on topics including recognizing constellations and analyzing stock charts. He also created one of the first calendaring applications while he was a student — it became Microsoft Schedule+ and then Outlook (he admits he has much to answer for). He lives in Stonington, Connecticut with his spouse, an artist, and eight-year-old twins. 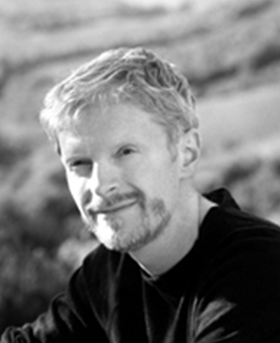